CBD Flower VS Marijuana THC Flower - What Are They?

We live in a time now where the stigma behind marijuana and hemp plants are slowly being struck down on a daily basis.

As a society we are able to experience the multitude of changing opinions and lifting of laws. While us as individuals are rightfully putting more weight into the scientific and technological advances associated with this versatile plant.

One of the many areas of blooming understanding is the differences between CBD flower and Marijuana.

It's a frequent misconception that hemp and marijuana plants are two separate categories of flora. When really they are not separate species, but simply two different names for cannabis. Which is a breed of flowering plant in the cannabaceae family.

Science sees this plant as one, but the law requires a plant to be classified as Hemp or Marijuana by its percentage of THC. Which can't be over 0.03% once the plant is dried and tested to be considered Hemp.

THC or tetrahydrocannabinol is one of the many well known compounds in this plant. That once processed, gives consumers the psychotropic effects described as euphoric or mind altering. It is found within the resin secreted by cannabis plant glands. Which commonly originate around their reproductive organs.

When ingested or inhaled It creates psychotropic effects by acting similarly to the cannabinoid chemicals already made naturally by our bodies.

Cannabidiol or CBD on the other hand will not give you the same psychotropic effects as THC. Considering most people need at least 10mg of THC to feel any of these effects. It means an individual would have to smoke or ingest quite a bit of CBD to feel any associated ‘high’.

Most of its consumers actually describe CBD as having a relaxing or calming effect when ingested or smoked.

Additionally, this medicinal plant comes with a track record of proven aid towards a full list of conditions.

This list of aid has been brought to light through several studies over the years. Mostly for patients who suffer from pain, depression, anxiety, inflammation, epilepsy, nausea, and various other ailments.

Theoretically doing all this by impacting the body's endocannabinoid system or ECS.

Which as stated above, is something the body produces naturally. Acting as a bind to our neurotransmitters and cannabinoid receptors in the nervous system. That controls a variety of functions, such as sleep, appetite, pain, and even immune system responses.

Cannabidiol at its core is a naturally occurring compound found in the flowers of hemp plants. And one of the several phytocannabinoids that contribute to its resourceful portfolio. It also comes with almost no proven side effects, and any minimal ones that do pop up are mild and short lasting.

In fact if you smoke or ingest too much hemp based CBD you will usually just become tired. The relaxation effects turn into that of mild sedation. There are many people who use CBD specifically for this so they can sleep. Although outside of being tired, there are no known lethal doses or negative implications of using CBD.

There are several ways to consume CBD, with new methods coming into fruition everyday. Individuals can administer cannabidiol into their systems through several appealing avenues.

Whether it is through tinctures, vaping, ingesting a CBD infused capsule or edible, applying a CBD topical directly to the skin. Or even smoking CBD flowers, which has recently grown in popularity.

However still keeping in mind that each of these avenues of consumption have their own unique way of biological interaction.

A consideration to take into account is looking at the bioavailability of the chosen product. Which can help in deciding what's best for your individual outlet. Bioavailability means how much and how fast the amount of CBD consumed will actually enter your bloodstream.

For example, CBD tinctures and vaping are known to distribute faster results compared to other methods like CBD gummies and capsules. Which are more convenience based methods. Recently however, many users are switching to the more traditional technique of consumption by smoking the actual hemp flower itself.

Although marijuana and hemp look similar once dried and processed. The true differences lie in their individual chemical breakdown as discussed above. Establishing the level of each cannabinoid within the dried plant will determine the consumers' effects.

When smoking CBD hemp flowers you end up with a higher bioavailability. Meaning, unlike CBD oil or edibles, that has to go through your digestive system. Ultimately destroying some of the cannabinoids and processing out the majority before they even enter your bloodstream. 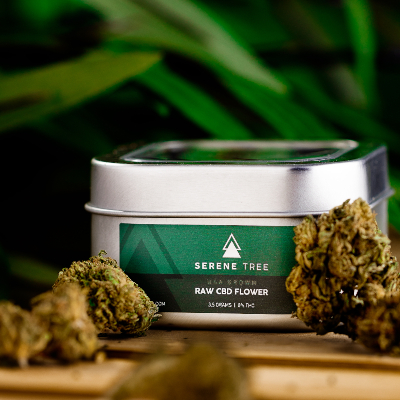 Smoking CBD hemp flower introduces the compound directly to your lungs and bloodstream at a stronger percentage. No digestion needed, which implies a higher bioavailability meeting your endocannabinoid system. By smoking CBD you will also end up getting the full spectrum of its aromas and flavors. Which don't come from the actual hemp flower, but the terpenes it carries.

Terpenes are found in all forms of plants, and have been used for their medicinal benefits for a long time.

Because over 200 terpenes have been discovered in hemp, which gives its rich profile. It also offers slight differences in both taste and smell, depending on the individual strand. Which is a characteristic an individual can use to differentiate between nuggets of dried flower.

When hemp is cultivated with specifics and purpose, you can amp up specific profiles. Consumers who smoke hemp based CBD describe carefully grown hemp as being very flavorful.

For newer users looking to find the right fit without spending a lot. Smoking hemp based CBD is a great way to test the waters with lower doses that have higher bioactivity. Which not only helps your understanding of individual needs, but it helps your wallet as well.

All in all it's about trying out new methods and concentrations to find your individual fit.

CBD and THC have both formed a staple in histories foundation. Cannabidiol or CBD, by today's standards, taking its place as the most therapeutic compound out of the long list of phytocannabinoids. Doing so by gaining headway through widely popularized traction, associated with its diverse medicinal properties and purposes